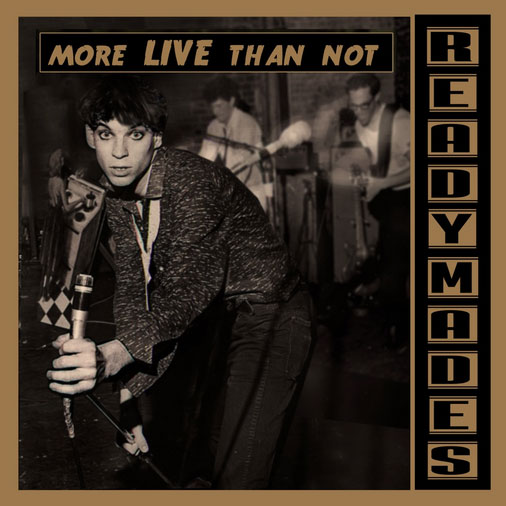 The Readymades’ San Francisco – Mostly Alive was recorded in 1978 at The Automat in San Francisco, Produced by Sandy Pearlman and remixed for reissue by Freddie Katz at Sierra Sound, NYC. A new reissue from Liberation Hall Records called More Live Than Not now includes studio recordings – practically every Readymades recording on one album.

The Readymades were one of the most influential West Coast Punk and New Wave Bands. Produced by Sandy Pearlman (The Clash, Blue Oyster Cult, etc.) and courted by John Cale of the Velvet Underground. They played with Blondie, Patti Smith, The Police, The Talking Heads, Roxy Music and DEVO among others. I was asked to remix and remaster these historical tracks from the early days of the new wave in a way consistent with modern recording, whilst staying true to the original aesthetic. Until now, the only reissue of the album was a limited edition vinyl-only release from Italian label RaveUp – but a brand-new reissue from Liberation Hall (as part of a 415 Records reissue series) will include both CD and downloads.

“Jonathan Postal mailed me this piece of vinyl (San Francisco: Mostly Alive by the Readymades) and I was very impressed by the sound quality…thanks to the accomplished hands of Engineer Freddie Katz.” – Ginger Coyote, Punk Globe

Read about the Liberation Hall reissue series in SF Weekly. 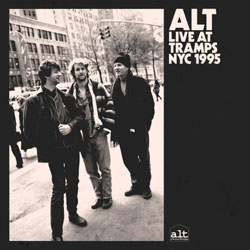 Today I’m pleased to share my latest entry into the world of recorded music, this very special release from Andy White, Liam Ó Maonlaí (Hothouse Flowers) and Tim Finn (Crowded House, Split Enz), otherwise known as ALT. It’s a live album recorded at New York’s legendary Tramps on this day exactly twenty-five years ago. I was asked by Steve Weitzman and the band to warm up the original DAT recording and master it for this release. It’s truly been an honor to be involved! Slainte!

“Very happy to announce that as of November 30th a magnificent 1995 Tramps concert will be released for free worldwide on the exact 25th anniversary of its original show. On that date 25 years ago ALT, comprised of singer-songwriter Andy White, Liam Ó Maonlai (Hothouse Flowers) and Tim Finn (Split Enz, Crowded House) landed at our humble club and delivered a primarily acoustic-based gem of a show to a wildly appreciative audience very familiar with their individual careers. The crowd was excited to see what they could come up with together on that brief U.S. tour and they delivered spectacularly. Fortunately the tape was problem-free after all these years. After having it mastered (thank you Freddie Katz) the guys decided to share this special show with their fans and it will be available on Spotify, Bandcamp, Apple Music/iTunes and other platforms. Also, there is a new Facebook page for ALT – Live at Tramps NYC ,1995. Please share this terrific news! And enjoy the concert.” 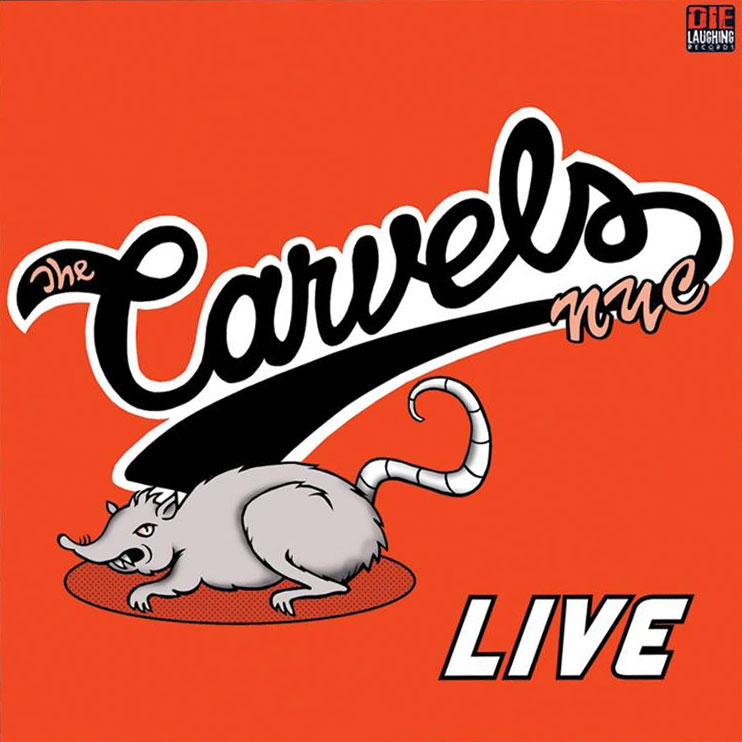 Another great record I’ve been involved with, The Carvels’ new “Live At The Cutting Room” album, is about to hit the streets. Recorded live on location, produced and engineered by yours truly (with engineering assistance from Gerard Hoffmann at The Cutting Room), and mixed by Jim Diamond (of White Stripes fame, amongst others). 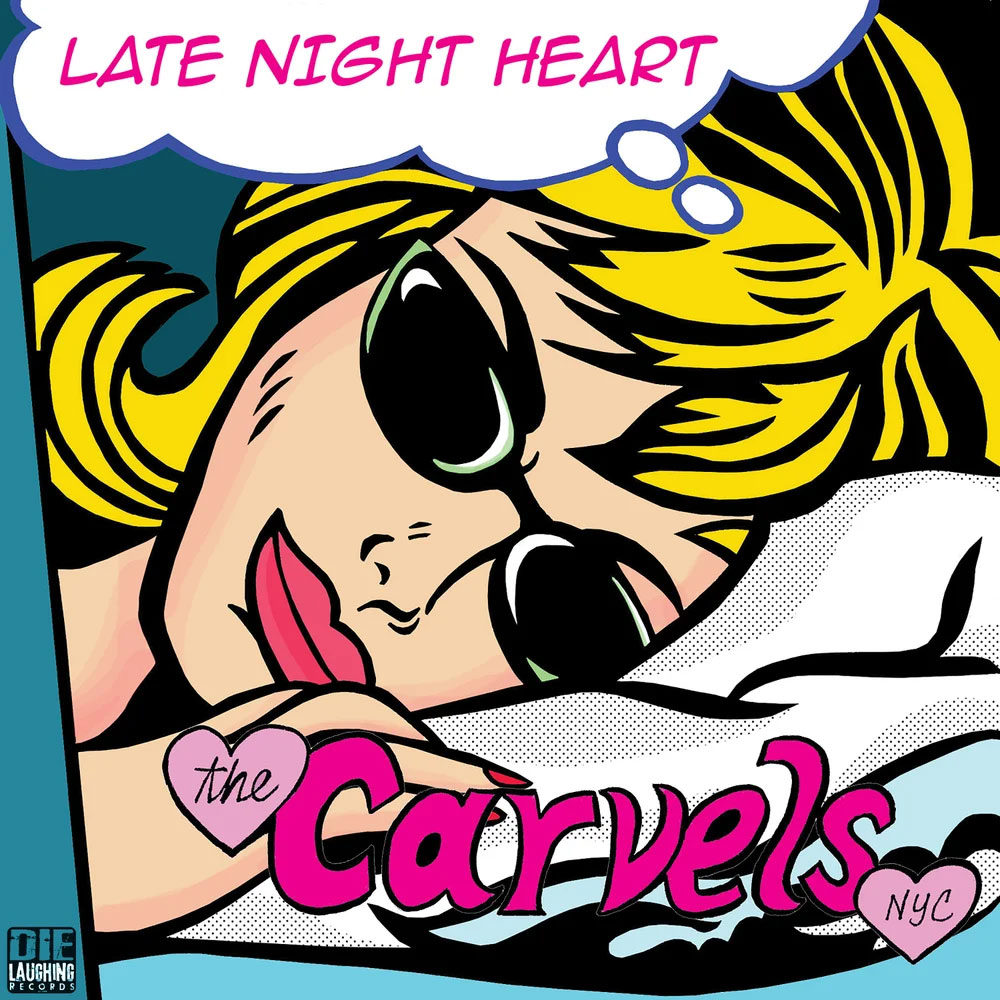 Here’s a cut from The Carvels’ Late Night Heart 7″ – a cover of the Shangri-Las’ 1965 single ‘Out In The Streets,’ which features an amazing sax solo from the great Danny Ray.

Out In The Streets 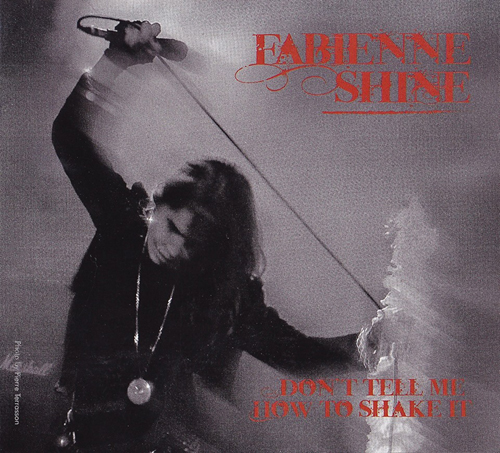 When I was in my early twenties I was a photo assistant for photographer Jonathan Postal. Jonathan was the staff photographer at Guitar World Magazine. This was roughly 1982 or so. Before that, he also happened to have been the lead singer of a band called The Readymades. The Readymades never really made the big time, but in 1978-79 they were one of the most popular new wave bands in San Francisco, the big fish in the little sea so to speak. They got all the big opening slots, Roxy Music, Blondie, Joan Jett, etc. They were regulars at the Fillmore, The Old Waldorf, The Mabuhay Gardens, etc. All this caught the attention of producer Sandy Pearlman, who agreed to produce some tracks for them to help het them a major record deal. Through the association with Pearlman, Jonathan wound up shooting photos of some of his other bands, The Dictators, The Blue Oyster Cult, and….Shakin’ Street. This is how I first became aware of Shakin’ Street actually. Jonathan had given me a poster that he shot of them for Columbia Records.

Don't Tell Me How To Shake It

The World and Me 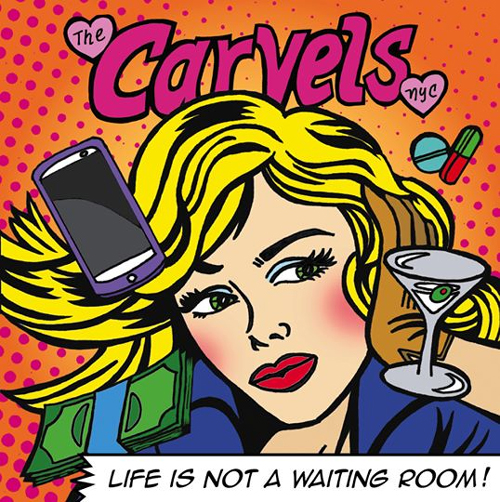 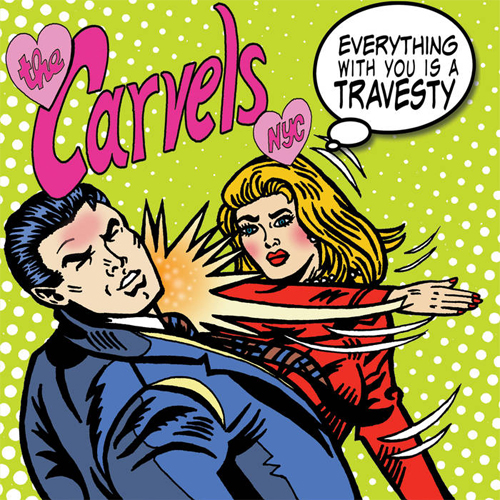 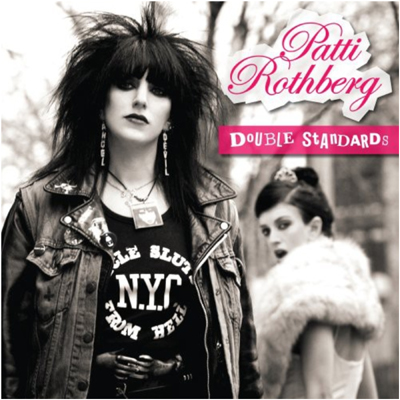 Double Standards was a return to a more singer/songwriter flavored approach of Patti’s first album Between The One And The Nine, but without sacrificing the harder rock feel of some of the Candelabra tracks. This was a “best of both worlds” type of recording, the original basics recorded on tape at the amazing Clubhouse in Rhinecliff, NY, the overdubs and edits done in Protools at several studios, including Sierra Sound. The record was mixed at Steve Addabbo’s studio, Shelter Island Sound in NYC. I produced and engineered this one, as well as playing guitar on all the tracks and bass on about half. 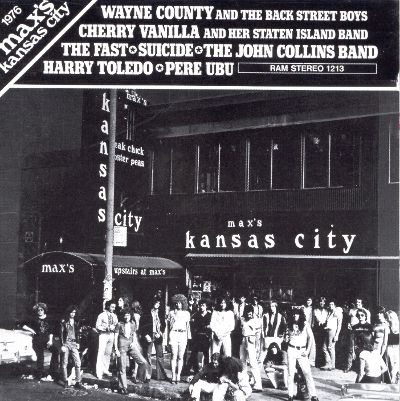 The legendary 1976 NYC punk club breakout LP is extended to a double-album with many, many extras, extensive notes by Jimi LaLumia and Max’s music booker Peter Crowley. 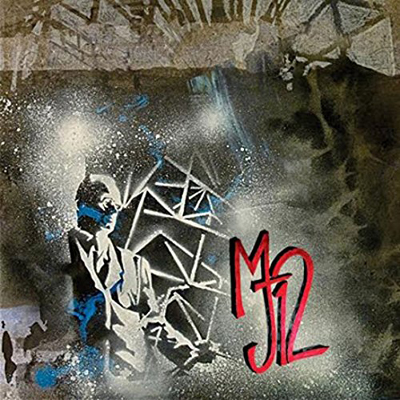 I’ve been listening to Percy Jones’ Brand X albums Unorthodox Behavior and Moroccan Roll (not to mention some of the other amazing records he’s made; Brian Eno’s Another Green World and Before And After Science, David Sylvian’s Words with the Shaman, Roy Harper’s Bullinamingvase, to name a few) since I was in high school, so an opportunity to record a new album for his new band strong>MJ-12 was an amazing honor, not to mention an incredible thrill. It’s a bloody fabulous record too…can’t wait for everyone to hear it. It’s already getting some great reviews too! 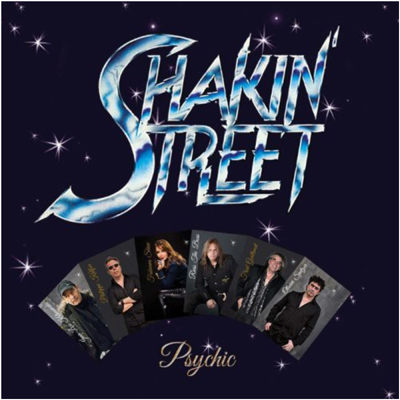 For French band Shakin’ Street’s recent (and most likely final) album, lead vocalist Fabienne Shine decided that for the ballad “It’s Too Late”, she wanted me to produce the backing vocal tracks here in New York, enlisting the amazing vocal stylings of sister backing vocal team Tish and Snooky. I arranged the backing vocal parts and cut the tracks here at Sierra Sound. We did several layers, and what you’re hearing in the final result is in effect a whole choir of Tish and Snookys!! I think they offset Fabienne’s lead vocal perfectly. Enjoy! 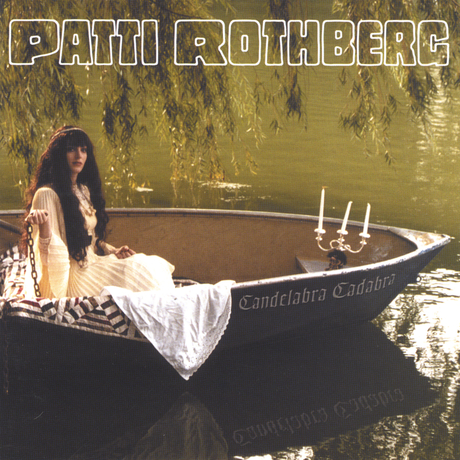 Patti came to me with the idea of making an album that was much more of a real rock record than her first album. She wanted it to have a heavy glam rock feel like Bowie’s Ziggy or Aladdin Sane, but also have the eclecticism and psychedelic whimsy of Kate Bush. We decided that the best way to achieve this would be the way it had been done in the past – completely analog. All tape, no Pro Tools in mixing or edits. The sounds are authentic – guitars through Leslie cabinets, vintage amps, real flanges and phases, tape echos and slaps were created with multiple tape machines just like in the old days. I produced and engineered (with engineering help from our pal Bob Stander, “Mr. Analog”), who helped me mix the album on the big old API desk at Avalon Studios.

I met Nicole Atkins by sheer happenstance. I was filling in on FOH sound at The Mercury Lounge in NYC when Nicole was doing a few local club shows to warm up for an upcoming tour supporting Chris Isaak. She’s a distinctive artist, with a keen focus on what her sound is, how it relates to her influences, and how she wants you, the audience, to hear it. I picked up on her unique brand of alt rock meets country meets Arthur Lee infused sixties psychedelia right away and dialed in the appropriate ambience. Nicole loved it! Later, she contacted me to ask if I’d be interested in mixing and recording a big show at The Bell House in Brooklyn, NY. The recording was to be used for a video promo of some of her new material. The song is called “The Tower”. It sounds like a multi-track that was mixed down later, but I promise you it’s the original two track live mix that I did at the show! I mastered it at my project studio Sierra Sound, but other than that there was no further mixing or embellishment of any kind.

Jean Beauvoir came to me and wanted to record a live DVD as a video promotion for “Faith” the new album for his band Crown Of Thorns. In keeping with the name of album and band it was decided that some religious imagery was required. we chose St. Paul The Apostle Cathedral on Manhattan’s westside as the location. I brought in a huge live sound system to mix the show for the crowd in attendance, and a Protools rig to record for the DVD. Later we did post production and mixing at Sierra Sound. The band features the incredible Jean Beauvoir (ex Plasmatics, ex Disciples Of Soul), Tommy Lafferty, Hawk Lopez, and Michael Paige, and also features the amazing backup singers from the Nona Hendryx band. 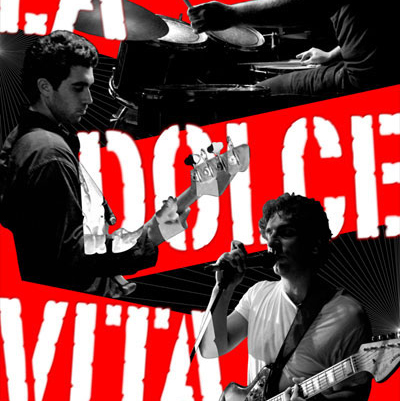 Sopranos star Michael Imperioli’s alter ego is lead singer/guitarist for underground rock band La Dolce Vita. Michael’s a beautiful guy, full of wisdom and creativity. A viewing of anything he’s done will display his superior acting abilities, but they’re even more evident if you meet him in person because he’s just SOOO different than many of the characters he’s portrayed. He’s done so much – acting, directing, writing & producing plays, writing screenplays, and of course writing songs and playing guitar with his band. I was honored to do all the producing, engineering and mixing (and a bit of additional guitar for ear candy here and there). Similar recording approach to Patti Rothberg’s Double Standards, first to two inch tape, and then into ProTools. Recorded at Shelter Island Sound, NYC. Mixed at Sierra Sound, NYC. 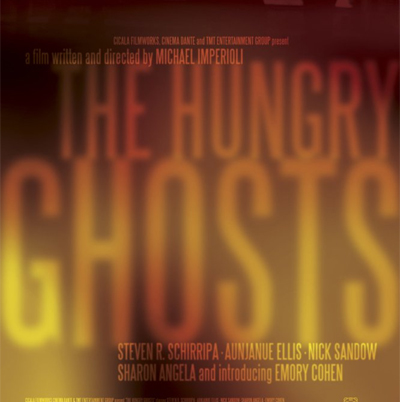 Michael Imperioli’s feature film directorial debut The Hungry Ghosts features three tracks produced and engineered by myself. “Big” and “Stanley” are from Michael’s band La Dolce Vita. They were recorded at Shelter Island Sound, and mixed at Sierra Sound. Patti Rothberg’s “Hard Times” from her album Double Standards is also featured. In addition to producing and engineering this track I also played lead guitar. Recorded at The Clubhouse, Rhinecliff, NY, mixed at Shelter Island Sound, NYC. 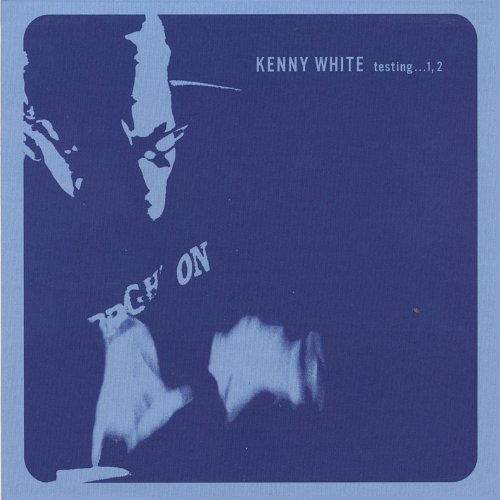 My pal Kenny White, best known as session keyboardist for the likes of Shawn Colvin, Marc Cohn, J.Geils’ Peter Wolf, but also an amazing singer/songwriter in his own right, came to me with the idea of recording a live album at his favorite NYC haunt, The Fez. In addition to Kenny’s piano and vocals, the band features (amongst others) Shawn Peltin on drums, and Larry Saltzman on guitar. 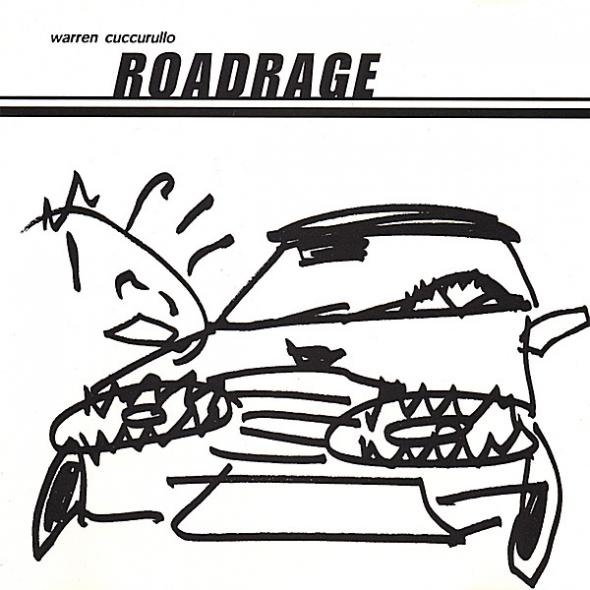 Warren Cuccurullo’s Road Rage was recorded during Warren’s solo tour while on break from Duran Duran. My live mixes recorded at Acme Underground, are the ones that made it onto the CD.

Whatever You Say, Mac 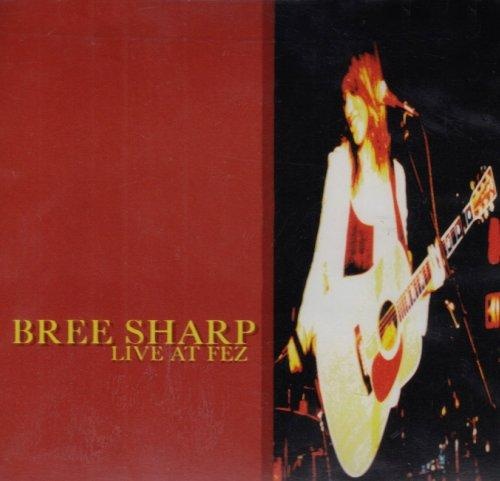 Bree Sharp’s Live At Fez was recorded at Fez, NYC 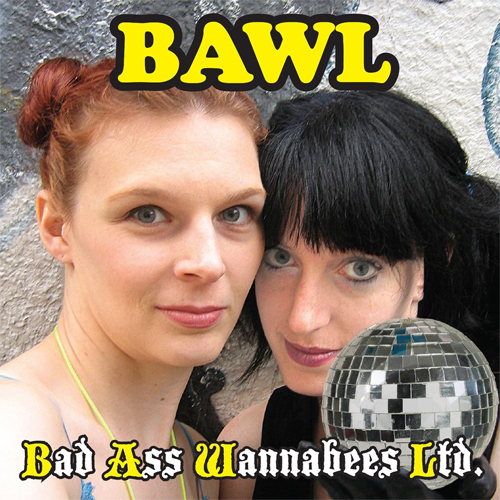